This Black History Month let’s bring our family and friends to the polls to fight for Social Justice – the Civil Rights Movement of our time!

The #CivilRights Movement was a decades-long struggle by Black Americans to end legalized racial discrimination and to gain equal rights under the law. We secured new laws to protect every American’s constitutional rights, regardless of race, ethnicity, gender or national origin. However, these laws have not led to social justice or the fair and equitable distribution of wealth, opportunities, and privileges in America. Let’s vote in the 2020 elections and vote with our wallets to fight for social justice today! 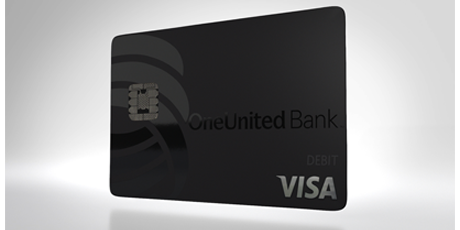 Harriet Tubman not only escaped slavery, she made nineteen missions to bring 300 others, including family and friends, to freedom. In 2020, let’s bring our family and friends to the polls to #Vote. If we #LeadLikeHarriet, our vote will have a decisive impact on local, state and national elections.

What do you know about the #CivilRights Movement? Here are important dates and people from the Civil Rights Movement Timeline on History.com and comments to explain why we must fight for #SocialJustice today.

Brown v. Board of Education, a consolidation of five cases into one, is decided by the Supreme Court, effectively ending racial segregation in public schools. Many schools, however, remain segregated.

According to a recent the NY Times article, “Still Separate, Still Unequal: Teaching about School Segregation and Educational Inequality,” American public schools remain largely separate and unequal – with profound consequences for students, especially students of color. We must fight for fair and equitable educational resources and opportunities today!

Emmett Till, a 14-year-old from Chicago is lynched in Mississippi for allegedly flirting with a white woman. His assailants are acquitted, and the case brings international attention to the civil rights movement after Jet magazine publishes a photo of Till’s beaten body at his open-casket funeral.

In March 2018, the Justice Department states it was reopening its investigation of the death of Emmett Till due to new information. We must fight for fair and equitable criminal justice reform today!

Rosa Parks refuses to give up her seat to a white man on a Montgomery, Alabama bus. Her defiant stance prompts a year-long Montgomery bus boycott.

According to Nielsen, African American annual spending power today is $1.3 trillion. We must vote with our wallets and #BankBlack and #BuyBlack to support Black businesses that support our community. We must fight for fair and equitable economic opportunities today!

Eisenhower signs the Civil Rights Act of 1957 into law to help protect voter rights. The law allows federal prosecution of those who suppress another’s right to vote.

Four African American college students in Greensboro, North Carolina refuse to leave a Woolworth’s “whites only” lunch counter without being served. The Greensboro Four–Ezell Blair Jr., David Richmond, Franklin McCain and Joseph McNeil–were inspired by the nonviolent protest of Gandhi. The Greensboro Sit-In, as it came to be called, sparks similar “sit-ins” throughout the city and in other states.

Throughout 1961, Black activists, known as freedom riders, take bus trips through the American South to protest segregated bus terminals and attempt to use “whites-only” restrooms and lunch counters. The Freedom Rides are marked by horrific violence from white protestors and they draw international attention to their cause.

Governor George C. Wallace stands in a doorway at the University of Alabama to block two Black students from registering. The standoff continues until President John F. Kennedy sends the National Guard to the campus.

Approximately 250,000 people take part in The March on Washington for Jobs and Freedom. Martin Luther King, Jr. gives his “I Have A Dream” speech as the closing address in front of the Lincoln Memorial, stating, “I have a dream that one day this nation will rise up and live out the true meaning of its creed: “We hold these truths to be self-evident: that all men are created equal.”

A recent article by the Society of Human Resource Management (SHRM), “Title VII Changed the Face of the American Workplace,” notes that before Title VII, classified ads spelled out which genders and races could apply for particular jobs. Today, it’s largely accepted as unjust to discriminate in employment based on race or gender. However, further action is still required. Labor market outcomes vary considerably by race. In 2016, the unemployment rate was 4.9%, yet 8.4% for African Americans. And pay equity remains an issue. We must fight for fair and equitable employment opportunities today!

Black religious leader Malcolm X is assassinated during a rally.

President Johnson signs the Voting Rights Act of 1965 to prevent the use of literacy tests as a voting requirement. It also allows federal examiners to review voter qualifications and federal observers to monitor polling places.

According to the Washington Post article, “House Passes Voting Rights Bill to Restore Protections Struck Down by Supreme Court,” the House passes legislation restoring protections of the landmark 1965 Voting Rights Act that were undone when the Supreme Court struck down federal oversight of elections in states with a history of discriminating against minority communities. The bill has yet to be taken up by the Senate. We must fight for fair and equitable voting rights today!

Martin Luther King, Jr. is assassinated on the balcony of his hotel room in Memphis, Tennessee. James Earl Ray is convicted of the murder in 1969.

According to a recent article in the New Yorker, “The Unfulfilled Promise Of The Fair Housing Act,”” the Fair Housing Act is the first time Congress declared it illegal for private individuals to discriminate on the basis of race in the sale or rental of housing. Before 1968, it was assumed to be perfectly legal for owners to refuse to sell homes to Black families, or for a private bank to deny a potential Black homebuyer a loan, or for a broker to lie and say that no homes were available. The law successfully makes these individual acts of explicit racial discrimination in housing transactions illegal. However, the Fair Housing Act was designed to also create “truly integrated and balanced living patterns.” This aspect of the Act was, for 50 years, largely ignored until the Obama administration requires cities and towns to assess the obstacles to integration in their communities and propose effective plans to overcome them. The current HUD administration has postponed these Obama-era requirements until at least 2020.

According to a recent NY Times editorial, “The Neighborhoods We Will Not Share,” the damage of previous housing discrimination remains. The enormous Black-White wealth gap, for example, is in large part, a product of Black exclusion from loans and homes whose appreciation has generated substantial equity for white working-class families. Subprime lending targeting minority communities also exacerbates the wealth gap. The reality is that Blacks and Whites–even those with similar incomes–still largely live in separate worlds, with separate opportunities and separate schools. We must fight for fair and equitable housing policies and practices today!

Let’s #LeadLikeHarriet and bring our family and friends to the polls to fight for #SocialJustice today – the #CivilRights Movement of our time!

Sorry, the comment form is closed at this time.