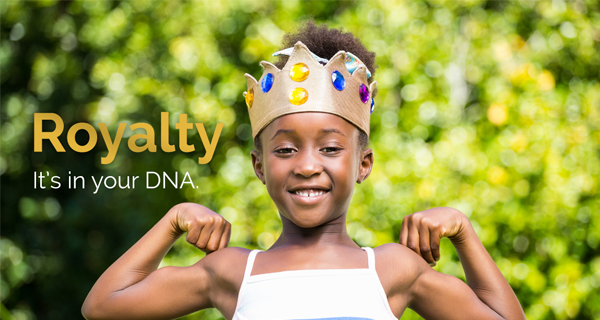 Royalty is in Our DNA!

They say successful African Dynasties are a myth. And we lost our strength when we were torn from our heritage.

Yet we know a new generation of Kings and Queens in America are claiming their thrones. From scientists to activists, from educators to entertainers.

We’re one community that continues to beat the odds. And now we’re focused on…our money! So, rise up new Kings and Queens and make Black history today.

It’s time to unleash the King and Queen in you!

Get the Card today!