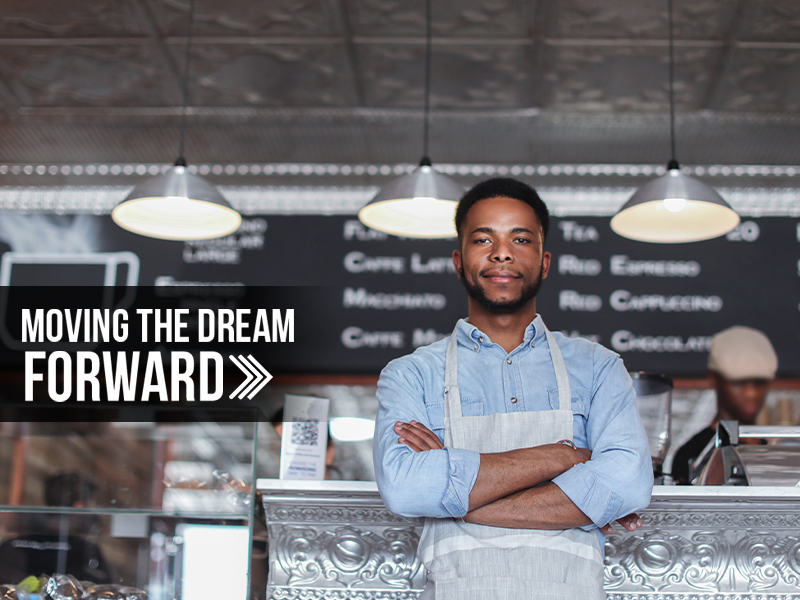 According to the New York Times in “Buying Black, Rebooted“, the new Black Wall Street has entrepreneurs creating marketplaces that pool black owned brands in one space such as BLK+GRN in Washington, D.C. or the Black Owned Market in Cambridge, Massachusetts.

The new #BlackWallStreet is being fueled by the #BuyBlack and #BankBlack Movements. Now we can support Black owned businesses in local communities that are creating exciting spaces and online where we can support businesses nationwide.

In 1906, O.W. Gurley, a wealthy black landowner, purchased 40 acres of land in Tulsa, naming it Greenwood after the town in Mississippi. According to Hannibal Johnson, author of Black Wall Street: From Riot to Renaissance in Tulsa’s Historic Greenwood District, Gurley had a vision to create something for Black people by Black people…or #FortheCulture. On Greenwood Avenue, there were luxury stores, restaurants, grocery stores, hotels, movie theaters, barbershops and salons, nightclubs and offices for doctors, lawyers and dentists. Greenwood also had its own school system, post office, bank, hospital, and bus and taxi service. The money earned inside and outside of Greenwood was spent within the district. According to Alexis Clark in “Tulsa’s Black Wall Street Flourished as a Self-Contained Hub in Early 1900s“, every dollar would change hands 19 times before it left the community. Today, Maggie Anderson, the author of “Our Black Year: One Family’s Quest to Buy Black in America’s Racially Divided Economy“, has sharpened our focus on circulating our dollars in our community.

Black spending power, currently at $1.3 trillion, is on track to reach $1.5 trillion by 2021, according to a report by Nielsen. By spending more of our dollars with Black owned businesses, who are more likely to hire and locate in Black communities, we can build Black wealth like they did in Greenwood. This #BlackHistoryMonth, let’s celebrate the new #BlackWallStreet by supporting the #BuyBlack and #BankBlack Movements today.

Get the Card
Join the Movement Be part of the New Black Wall Street. BankBlack and get the card today!