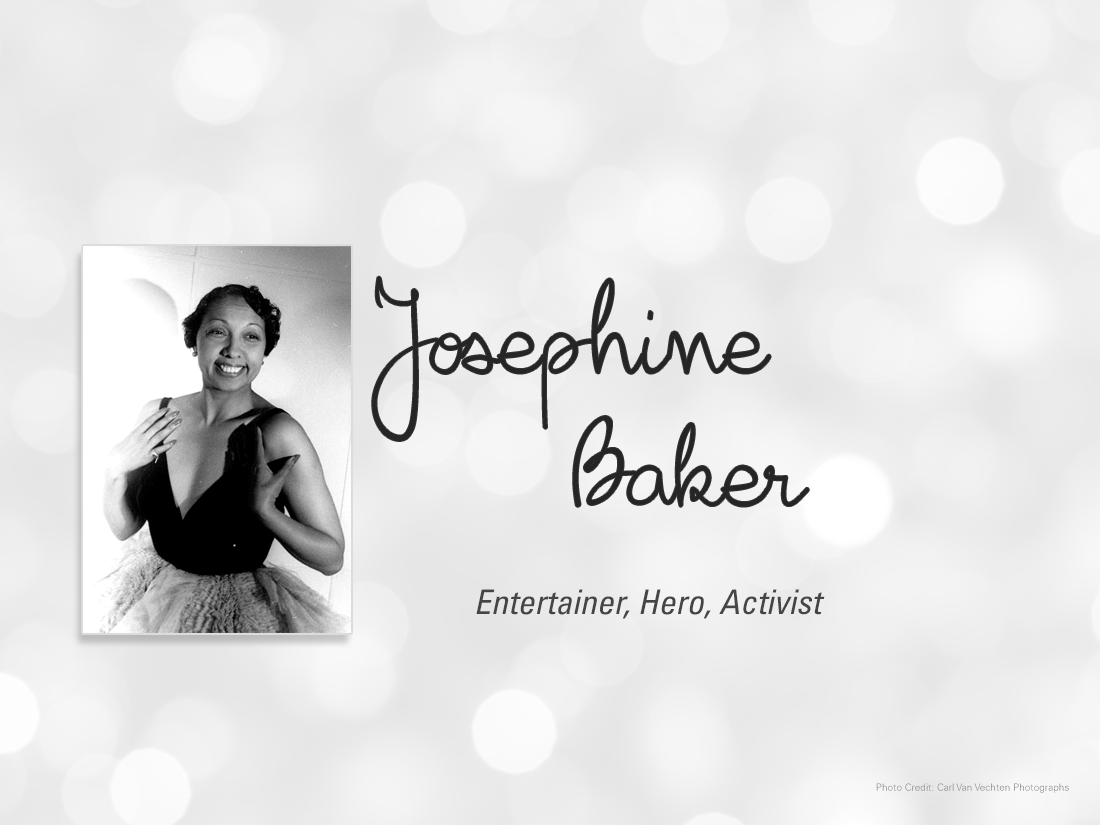 Josephine Baker represented #BlackGirlMagic long before Black Twitter made the term popular. Born in 1906, the year Black Wall Street was founded in Greenwood District of Tulsa, Oklahoma, she was the first Black woman to become a world-famous entertainer. Her important work also included being a wartime hero, spy, and civil rights activist for Black Americans.

On November 28, 2021, Josephine Baker will be celebrated at the National Hotel in Miami Beach. The painting, “From Paris with Love” by the internationally acclaimed artist, Addonis Parker, will be unveiled at the event and exhibited in the French Consulate in Miami.

On November 30, 2021, Ms. Baker will be celebrated in Paris, France. Her remains will be reinterred at the Pantheon monument, the first Black woman to receive one of the highest honors in France. The Pantheon houses the remains of scientist Marie Curie, French philosopher Voltaire, writer Victor Hugo and other French luminaries.

On December 2, 2021, the From Paris with Love non-fungible token (NFT) collection will premiere at Le Art Noir, a unique multicultural exhibition of artists from around the globe during Art Basel Miami, at the African Heritage Cultural Arts Center in Liberty City, Miami. OneUnited Bank will purchase the first NFT from the collection, with additional renditions made available to the public. The NFT premiere taking place in Miami is particularly significant as Josephine Baker is celebrated for her work in desegregating Miami clubs.

Freda Josephine McDonald was born on June 3, 1906, in St. Louis, Missouri. Due to segregation, she struggled as an entertainer in the U.S., so she moved to France in 1925 when she was 19 years old. In Paris, Baker famously performed the “Danse Sauvage” in a skirt made of artificial bananas. Her success coincided with the Art Deco movement and a renewed interest in non-Western forms of art, including African. Over the years, Josephine Baker’s stage and public persona transformed. She went from a dancer to a spectacular singer and performer. She was the first Black woman to star in a major motion picture, to integrate an American concert hall, and to become a world-famous entertainer.

During World War II, Baker joined the French Resistance as a spy. As an entertainer, she had an excuse for moving around Europe and carried information about airfields, harbors, and German troop concentrations through notes written in invisible ink on her sheet music. She socialized with high-ranking Germans and Japanese at embassies, ministries, and night clubs, secretly gathering information without raising suspicion. She received many French awards for her wartime heroism, including being the first female and first African American awarded the prestigious Legion of Honour, the highest French order of merit, both military and civil.

Baker supported the Civil Rights Movement as early as the 1950s. She authored articles about segregation in the United States and gave a speech on racial equality at Fisk University (HBCU).

In 1951, she was offered $10,000 by the Copa City Club in Miami Beach but refused to perform for segregated audiences in the United States. The Copa eventually met her demands. Today, Josephine Baker is celebrated for her work desegregating Miami clubs. Her insistence on mixed audiences helped to integrate live entertainment shows in Miami, Las Vegas, and other cities throughout the U.S, despite receiving threats from the KKK.

Baker also worked with the NAACP. Her reputation as a crusader grew to such an extent that the NAACP had Sunday, May 20, 1951, declared as “Josephine Baker Day” and presenter her with life-time membership.

In 1963, Baker was the only official female speaker at the March on Washington, standing at the side of Reverend Martin Luther King Jr. After King’s assassination, Coretta Scott King approached Baker about taking her husband’s place as leader of the Civil Rights Movement. After many days of thinking it over, Baker declined.

Josephine Baker passed away in Paris at the age of 68, on April 12, 1975. Her legacy of entertainment, public service and activism are a model for all of us today.