Making a Comeback after Failure Making a Comeback after Failure

After a failure, a series of small steps in the right direction can lead to greater success than ever before. Since there are so many different ways to fail, the steps on the path to accomplishment can look very different for each person. For some, the first action could be as simple as applying for a secured credit card; for others, step one could be choosing an idea for a new business. 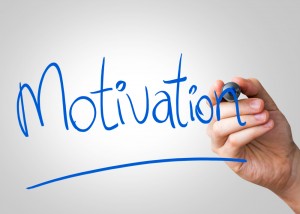 Sometimes, the right step to take is exactly the same one that led to failure. For instance, the massively successful horror novelist Stephen King submitted his first manuscript over and over again. It was rejected over thirty times, and eventually, King decided to simply give up and throw his manuscript in a trash can. Of course, his story doesn’t end there. Tabitha King, his wife, rescued the future best-selling novel from the rubbish, and encouraged her husband to keep trying. Mr. King then continued to ship the book off to potential publishers, and eventually found an acceptance letter for Carrie in his mailbox.

Other situations may call for a different approach. As a child, Steven Spielberg enjoyed making short films with an 8mm camera. He decided to try to work in the entertainment business, and applied to the School of Cinema Arts at the University of Southern California. Spielberg was rejected. He applied again…and was rejected again. Despite never having access to a USC education in film, Spielberg has managed to do pretty well for himself. As the winner of three Academy Awards and three Emmy awards, in addition to being a billionaire several times over due to the popularity of his movies, Stephen Spielberg is now considered one of the greatest legacies to filmmaking that America has today.

In some instances, the best course of action is to try something completely different. As a young woman, Vera Wang was a figure skater who was not selected for a spot on the US Olympic Team. She later entered the fashion industry and became an editor at Vogue, before becoming an enormous success as a famous designer of wedding gowns.

It may be difficult to make the first timid moves after a failure. It might be scary sending off a school application as the preliminary step towards a new career. The memories of bad financial decisions in the past may make it hard to feel motivated to get a secured credit card. But without small risks, there can be no successes. Many people have achieved great things after failure. The one thing they all had in common was the willingness to continue to try.